Interview with Head of Gaming 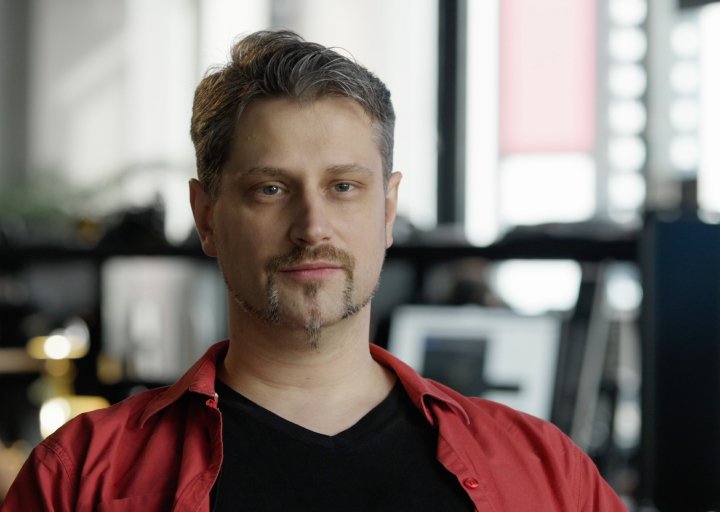 Hello, who are you, and what is your role in the Landlord game?

Hi, I am Greg Flor. I am the Head of Gaming in Reality. My role involves managing all of our products including Landlord and Landlord Go. Basically I take care of major features and changes throughout the design, development and maintenance process.

Why are you starting a new game instead of working on the existing one?

First Landlord game had a great concept, but it was designed and developed in a way that even small changes are very difficult to implement. Major changes, especially related to the in-game economy, are able to destroy all the balance in the game. What we have also encountered is that our players will soon purchase all the venues and it will be our end. That’s why 3 years ago we decided to launch the new game as fast as possible.

All our efforts were focused on Landlord Go, our marketing decided to add a lot of features related to AR and walking, all to reach as big of an audience as Pokemon Go. We spent a lot of resources and over a year to reach this goal and finally we had it…
… a clear vision that our players DON’T WANT WALKING!

Our players want more data, more reality, more space to hunt for occasions, more dynamics and even more stats. They have to be treated like adults though!
We faced a major problem. We didn’t know what to do. How to save the Landlord with the almost fully purchased database and all the difficulties that we had?
They were:

At that point we decided that Landlord and new Landlord GO will be separate games.

Are you going to run both games?

Of course! Both games will be supported and (what’s more important!) developed!
Since we finally decided that Landlord Go will be a new game, not instead but alongside Landlord, we’ve agreed on an audience we want to reach in each of the titles. Both of these games can trigger different emotions and reactions.

What are the differences between both products?

I like to talk emotions first, so this is how I see it.

Landlord is calm, distinct and appeals to people who generally don’t play games very often. I would see them as wise businessmen, people, who prefer useful tools and apps. They have the patience and maturity to wait long to get benefits from good investments.

Landlord Go on the other hand, is dynamic, tricky, easier to learn but harder to master, with few different styles of gameplay. It suits people who like games and want to play the game a few times a day. They want to risk to get maximum profit, even when it can be challenging on a daily basis.

From players perspective Landlord Go has got a lot of improvements:

In Landlord the already done and upcoming changes, important for players are:

All this means that we’ve finally got wings! We are open to changes and we will be able to create new features much faster and fix many previous bugs.

I want to state this very openly, since the beginning of this year both games Landlord and Landlord Go are being treated equally! No favors for any of the titles. Both games have equal rights to fight for the developers time, budget, backend service and have full team and capacity to grow! It will be great to see how players behave in both of them!

Can you describe Big Data aspects in Landlord?

Well, it’s very difficult to describe it in an easy way.
First of all each property has typical data like: name, category, address, etc. We also have an enormous amount of different data that can affect valuation or rent from properties.
For example for basic valuation of each building we are using:

And much more including the light pollution during the night especially for Buyland feature.

What do you know about current Landlord players?

You are an amazing group! You have been with us for sooooo long, that we had enough time to learn how to make games :). You gave us a chance to create a new team and it couldn’t be done without your enormous support. It is amazing how many times you backed us up in spite of our fuckups, various decisions, bugs and server problems THANK YOU SO MUCH! I would like to give a special thanks  to our Discord and Facebook Community as well as any of you who have played the games so far.

Can you tell us more about the players?

Typical Landlord GO players is male but we also have great business ladies.

Based on surveys our players like new technologies, have busy lives and earn pretty good money. They are smart and always ready to take a risk or invest in the future. Our players love adrenaline and they want to have their place in the world and local society. They dream big and they are ready to fight for their dreams. They are ready to cross borders and approach problems in a very creative way. These various qualities drive them to winning in our game and to have a lot of successes in real life.

Why do you have a 28-day rule in old Landlord, and why will this not take place in Landlord GO?

Yeah. This rule of selling out all property to the Bank if the player is inactive for more than 28 days is awful. When I joined Reality I had a big dream to stop it.
I counted, that each player has an average of 20 properties. When we have 10 million players, we need 200 million properties and… we have only 30 million. What can we do about it?
We could have printed more shares, but if you have 100% shares you will stay with 10%.
We could have added more servers with duplicated properties, but what’s the point of having a 5th copy of Pentagon?
We could have created bankruptcy rules, but why to change rules during the game?
It was a very tough decision, but finally we’ve decided to stay with this brutal rule, for the game to continue it’s life.

In Landlord Go we don’t have this rule because players are not always competing. If in one place there will be more players than buildings nearby, venues can get a boost. They can increase valuation or print more shares to create more space for a bigger number of players. We observe in beta version how great players are using this system by purchasing shares, leveling property when it’s cheap, buying upgrades and then inviting people to the game. New people had an impact on share printing and were creating a great investment spot. A one smart player made a dream deal with the bank, he purchased high level shares for his upgraded property 🙂

Where do you have the properties from?

In Landlord we have properties from Foursquare.
Streets are from our Database with big support of Open Street Map.

What kind of features can we expect till the end of 2020?

In Landlord Go it will depend greatly on our players’ feedback.
Without doubt we will be implementing:

Is Landlord Go a “pay to win” game?

For over 2 years on top of the leaderboard we had a person who did not spend even one dollar so it was easy to say: “We are not a ‘pay to win’ game – Just look at this guy!” Finally he spent 2 dollars and was overtaken by other players. It’s all about the strategy. Almost every day we had great examples of how people are winning mostly because of the smart ‘purchase-sell’ strategies.

What are the best strategies to be successful in Landlord Go?

Great question! There are plenty of them.
You can:

New Landlord Go gives you an option to play how you like: longer investment – sure, fast deals – great!

So the answer would have to be: stay flexible, observe the market and act accordingly.

Can you share some inside stories about Landlord Go production?

One day, guys from Backend came to me and informed me that the process of deleting data which we are collecting from the Landlord Go is too slow. It was very hard for me to imagine that the process of deleting data (always working) can be slower than loading data to a database from the Internet, but it was true. I had to reduce the number of sources of the data we collect to start reducing our database size until it is too late!

Few times we had a situation where most people in the company didn’t believe that Landlord Go would ever be finished. We heard a hundred times that this product is too directly related with real data, that it will collapse, too difficult to code, too complicated to manage, too hard for the players, too ambitious, etc. But now it is ready and working! We couldn’t be more proud.

But I think the funniest thing for me was that when I joined the company 3 years ago my first task was to design an economy for the Landlord Go. I did it for 3 weeks and I thought that, like in other games, it will be implemented within 3 to a maximum of 4 months. Yeah… Well… Now, after 3 years, I know how difficult it is to collect data and protect the stream. How hard we have to work to balance a fair system based on real maps and real data. How much we want to protect players from less fortunate countries and from the countryside to give them a chance to compete with others. Hope you will be able to notice our efforts!